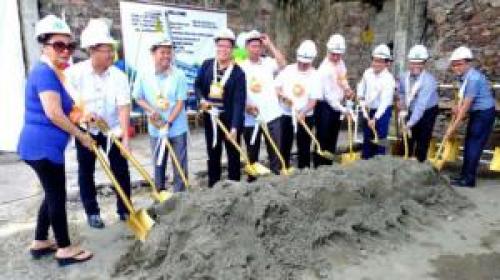 JANUARY 11, 2017, MANILA—The maritime community within and along the Panay island is getting a new boost after a multipurpose Maritime Center breaks ground at the heart of Iloilo City.

Set to be a one-stop shop for the maritime community, the venture is set to be completed within the second quarter of the year, which include among others, a four-storey building with roof deck and elevator including perimeter fence, driveway, parking area and soft scope.

The development, which will cost about P60 million, is a multi-agency initiative led by the Angkla Partylist through Rep. Jesulito Manalo, wherein the Philippine Ports Authority (PPA) contributed the land while the building will be financed through the Department of Public Works and Highways (DPWH) Region VI. The Maritime Industry Authority (Marina), on the other hand, will provide the personnel to carry out the objective of the Center.