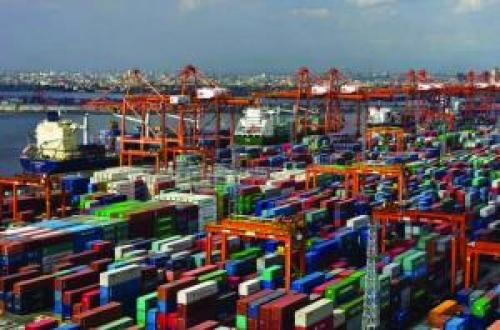 MANILA, MAY 4, 2016—Philippine cargo volume posted a 13% rise in the first two months of the year anchored on the strong performance of the foreign cargo sector.

Latest data from the Philippine Ports Authority (PPA) showed that total cargo volume is at 34.672 million metric tons (MMT) as of end February compared to the 30.645 MMT posted a year earlier.

The data also showed that domestic cargo throughput reached 15.793 MMT or a modest 7.73% increase compared to its year ago level while foreign cargo volume registered an 18.1% hike compared to the figure posted in 2015. The strong performance of imports that penciled a growth of 19.61% to 12.893 MMT and the export volume that rose 15% propelled the huge showing of the sector.

“As expected, Manila’s North Harbor port continues to rank first in terms of volume of domestic containerized cargo handled during the period with 172,694 TEUS,” Santos added in the statement.

“The Manila International Container Terminal, on the other hand, continues to handle the largest volume of foreign containerized cargo with 328,309 TEUs followed by South Harbor with 150,422 TEUs,” Santos explained.

Passenger volume, for the period in review, reached 10.20 million or 11.56% higher compared to the volume registered in the same period last year.