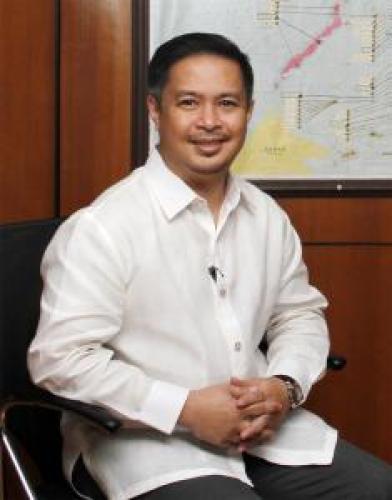 MANILA, JULY 4, 2016—Newly appointed Philippine Ports Authority (PPA) General Manager Atty. Jay Daniel R. Santiago issued a marching order to all officials and employees to be transparent at all times and prioritize clients at any given time.

Right at the very first minute of work, Santiago also ordered all junior and senior officials of the state-owned agency to refrain from holding any kind of meeting during office hours or from 8AM to 5PM in order not to disrupt delivery of public service.

“Meetings should not get in the way in the course of public service,” Santiago told PPA personnel in his speech after his first ever flag raising ceremony with the agency. “It is not a reason to dispose of any of our clients.”

“The agency should also remain very transparent and accessible to the public in accordance with the new work culture being installed by the President Rodrigo Duterte administration,” Santiago stressed.

“I am also ordering the review of the current permitting processes of the agency and will personally look for ways to further reduce the burden in getting permits from PPA,” Santiago added.

Aside from these, Santiago is also bent on infusing a culture of safety in port operations as well as value-added services in the different ports leading to the further convenience of passengers as well as better efficiency and productivity for cargo operations.

Santiago is also personally asking the private sector service providers in the different ports to fix all defective facilities and put it in optimum level in all their controlled ports at all times to reduce unnecessary expense that is oftentimes a pass-on cost resulting to higher ticket prices and logistics cost.

“We are trying to rationalize everything that will translate to the convenience of passengers, cargo owners, logistics service providers and also to all PPA personnel,” Santiago said.

Santiago, prior to his appointment as PPA General Manager, is the Senior and Managing Partner of a law firm specializing in Corporate Law, and handles Special Projects for the firm.

Santiago was also previously appointed as General Counsel of the Philippine Amusement and Gaming Corporation (PAGCOR) and has extensive practice in matters concerning gaming laws and regulations as well as government biddings and procurement. Santiago was also a name partner of the law firm of Feria Tantoco Robeniol Santiago specializing in corporate and commercial law, particularly in the areas of banking and finance, securities regulation, telecommunications and new technologies, tax, immigration, and general business advisory.

Atty. Santiago graduated from the University of the Philippines with a Bachelor of Arts Degree in Humanities and obtained his Bachelor of Laws degree likewise from the same university.